Supporting Women In and Through the Arts

Home/Accessibility/Supporting Women In and Through the Arts

Supporting Women In and Through the Arts

In honor of Women’s History Month, we took some time to speak with four incredible WNY women who are paving the way for other women in and through the arts.

Brazen-Faced Varlets, a woman-owned theatre company here in Western New York, is breaking down the barriers of the stereotypical gender roles and paving the way for women in theatre to advance their careers. Varlets co-founder Lara Haberberger spoke with us about their mission to challenge, provoke, and delight their audiences through their work. 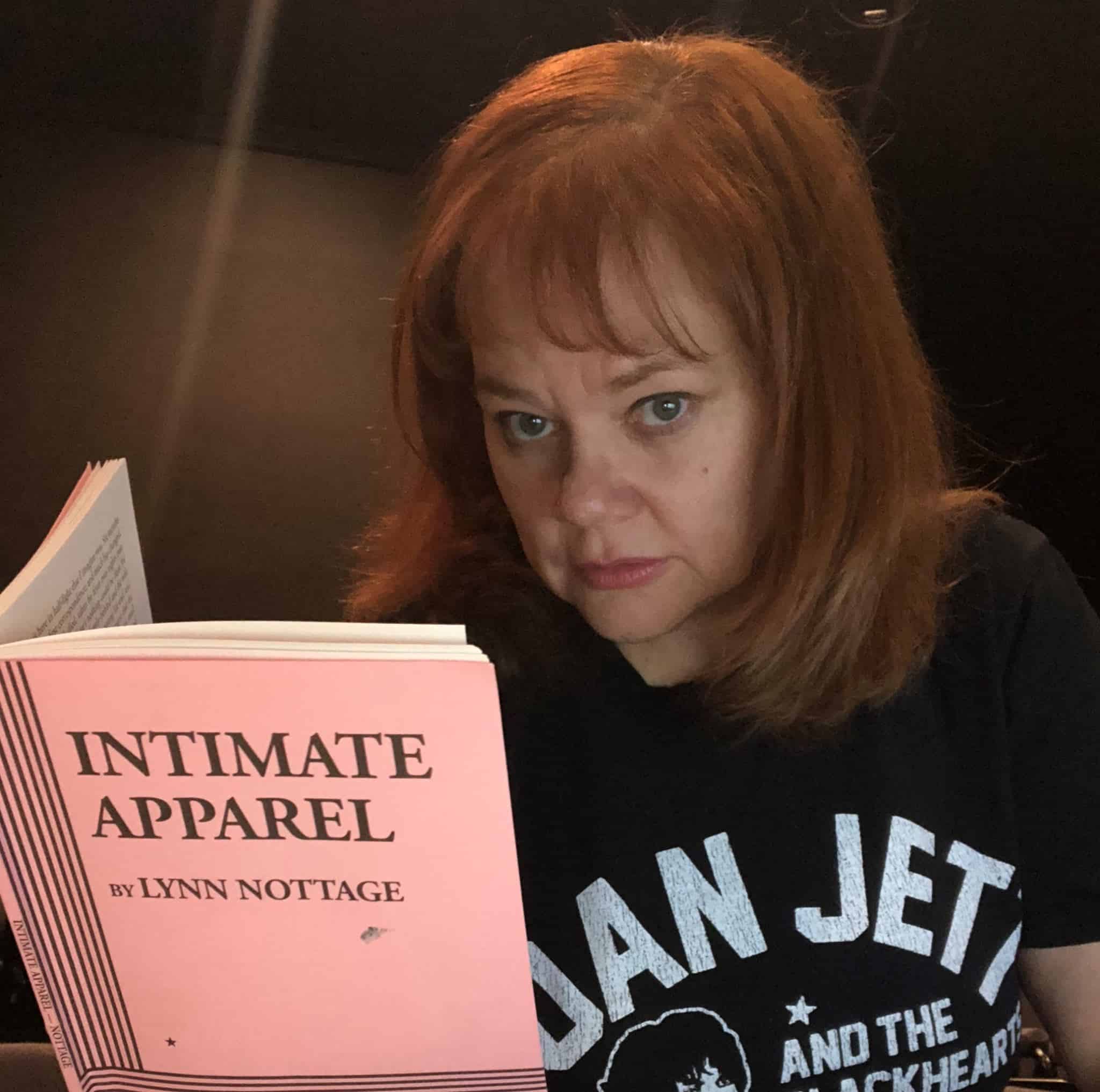 “I think as women, we don’t often put ourselves first and believe we deserve something. I want to make sure that women in theatre get their chance,” says Haberberger. Brazen-Faced Varlets is dedicated to creating more opportunities for female actors by finding roles where they can grow as artists, producing plays written by female playwrights, and hiring women who might not have been given the chance to do a similar role or position at a different theatre company.

The Varlets have also partnered with organizations in the community, such as the Compass House, and used their productions to bring awareness about social justice issues revolving around the particular topic their show focused on. By partnering with local organizations, they give the audience the opportunity to take action and be a part of the change.

When the pandemic hit, the company started doing a series called “Viva Les Varlets” on their Facebook page highlighting different members of the company to talk about their experiences working with the Brazen-Faced Varlets. They also made a public service announcement about the importance of voting during the 2020 Presidential Election and spoke about the history and importance of voting. In late January, “Not Another Dyke Drama” premiered on their Facebook page. The show was adapted to work as a virtual production on Zoom.

Brazen-Faced Varlets plans to open “All Through the Night” in October of 2021 and “My Left Breast” in March of 2022 at Alleyway Theatre.

While Brazen-Faced Varlets is paving the way for women in the performing arts, Michelle Marcotte’s “2020 Vision: Women Artists in WNY” had the same goal for women in the visual arts. Marcotte wanted to create a space for female and female identifying artists to show and sell their artwork. She wanted to “see what women are doing regardless of where they are on their artistic journey.” The Castellani Art Museum in Lewiston jumped at the opportunity to partner on this project. “This is to help repair a known and measurable bias that museums, exhibitors, and purchasers have had against women artists throughout history and even now,” said Marcotte. 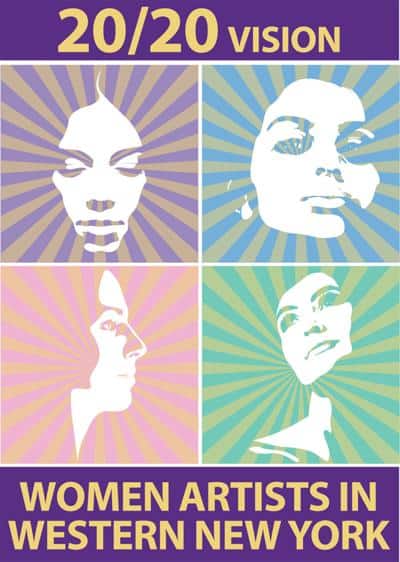 According to the National Museum of Women in the Arts, in a study of 820,000 exhibitions across the public and commercial sectors in 2018, only one third featured women artists. In addition, they found that 87% of work found in permanent collections of the top 18 art museums were created by male artists.

Marcotte’s main focus when organizing this exhibition was to ensure women artists receive the same opportunities and space to have their work seen, valued, and sold. The pamphlet for the show included each artist’s name, their piece, where they were from, and a price list creating easy access for anyone interested in buying artwork.

The show originally opened at the Castellani early in 2020 and had 770 guests view the exhibition. Unfortunately, the pandemic closed the gallery and the exhibit was unable to reopen. To ensure that the work of these artists continued to live on and had the space to be seen, Michelle worked with a student from the University at Buffalo to create a video exhibition showcasing all of the works.

The final video featured 185 female artists from more than five WNY counties who represented all different disciplines including sculpture, textiles, painting, etc. The video can still be viewed online here and includes ways to contact the artists to purchase their work.

In WNY’s choral music community, Kathleen Bassett saw an opportunity to use choral music to empower young women. She started the Buffalo Girlchoir in 2015 to provide a community that uses music as the tool to develop confidence and camaraderie in young women throughout our region. 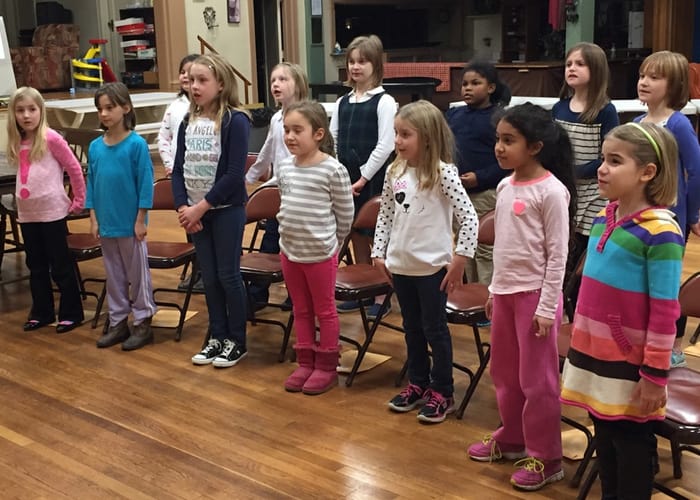 The Buffalo Girlchoir does not hold auditions. They are open to any young woman ages 5 to 18 in Buffalo. The artistic team meets each girl where she is musically and helps her pull out her unique inner voice. “We really do believe that all girls can sing. It’s one of our core values,” Bassett said.

The Buffalo Girlchoir also has a suggested tuition that allows young women from families of any economic and social strata the opportunity to participate in and join this community.

The group dynamic of a choral ensemble gives the young women a support system that allows them to freely create and connect with others who love singing as much as they do. “A lot of women and girls are looking for spaces where they can feel safe and feel heard… [Buffalo Girlchoir] gives them a separate place where they can be – they can just be.”

The Girlchoir saw its highest enrollment to date and was in the process of developing a documentary when COVID shut everything down last March. While the singers have been unable to rehearse together in person since then, they did have an opportunity to participate in a virtual choir performance over the summer that was compiled and inserted into their documentary entitled Strong Voices Strong Girls. The film was then premiered to the families this past fall at the Dark Alley Drive In, creating an opportunity for the young musicians and their families to celebrate and reconnect safely.

Looking forward, Bassett hopes to begin in-person rehearsals soon, as well as host their annual summer camp and maybe even perform once again at the Elmwood Avenue Festival of the Arts.

In addition to supporting and developing women artists, the arts can also be used as a platform to educate and inform the public of relevant and pressing issues. Local poet and dancer Celeste Lawson saw an opportunity to connect a global issue to Buffalo and inform people in our community about the dangers hidden right in front of us.

Lawson’s production of “Typography of Women: I Am Not Invisible” is a partnership with Project Mona’s House, a shelter here in Buffalo designed to help women 18 and older who have been victims of any type of human trafficking. After a chance meeting with the owner of Mona’s House, Lawson saw an opportunity to bring to life a project she had been sitting on and dreaming about for decades. 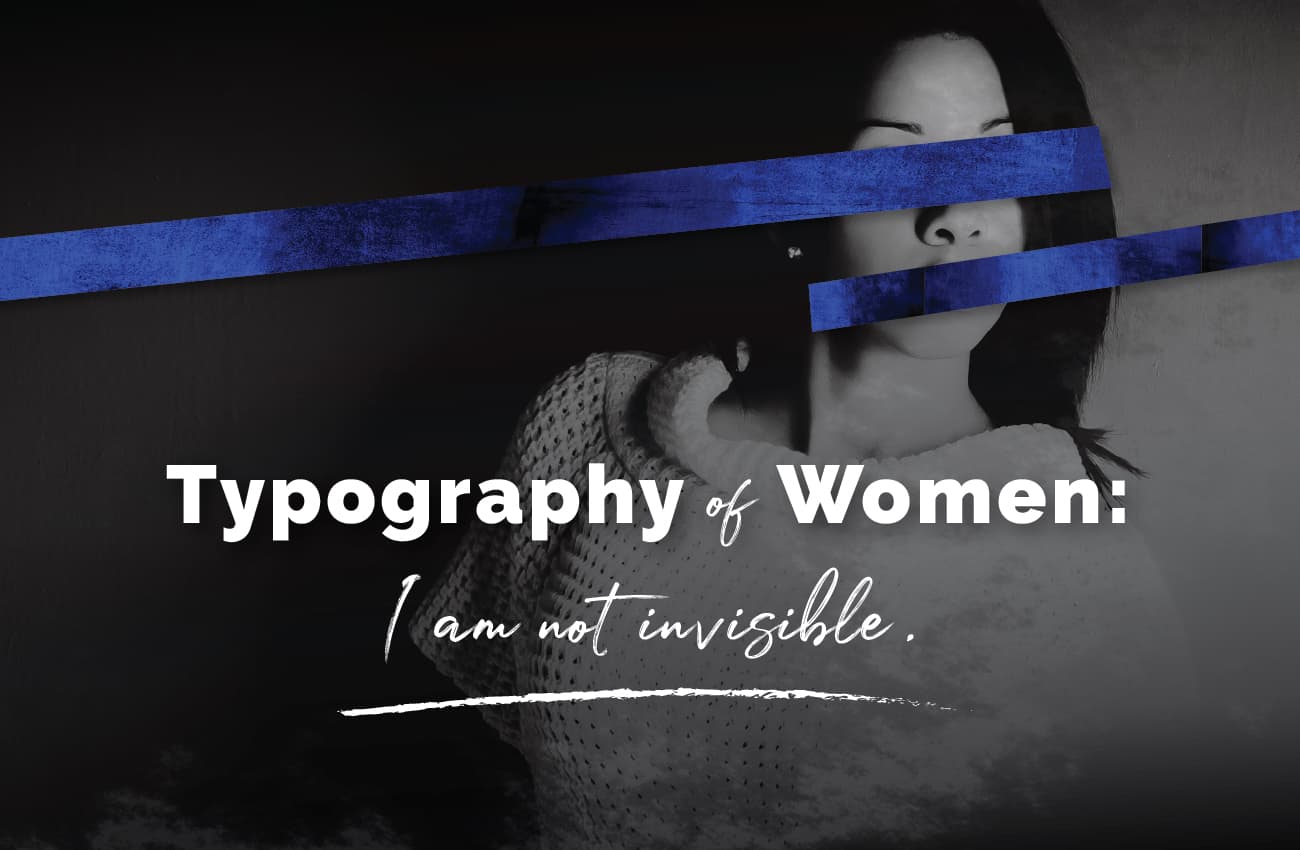 Using the stories of the women in the program at Mona’s House, Lawson partnered with other powerful and talented female artists Robin Hibbert, Drea D’Nur, and Lorna Hill to bring the stories of these human trafficking survivors from our region to life on the stage. Her goal was to help people in our community recognize the signs of trafficking and understand where to find help if they find themselves in that situation or know someone in that situation.

While the content is dark and often difficult to get through, Lawson wants people to know there is hope and a network of support. “There is always a light. The light may be dim, but there is a light.”

The production was originally scheduled to open at Rockwell Hall last March, but due to the pandemic it had to be cancelled. Lawson and her team worked hard to reimagine the work in a COVID-safe way knowing that the community needed to hear these women’s stories.

They premiered an on-demand video of “Typography of Women” last fall and have re-released it this month for Women’s History Month. You can support the project and pay for access to the production online here.

We know there are many other incredible women doing amazing work to support women in the arts and through the arts across Western New York. We encourage everyone to support our local women artists, and women-owned arts organizations and small businesses all year.