We are excited to announce that local poet and writer Celeste Lawson was the recipient of this year’s Fendrick Theatre Fund grant for her production of Typography of Women: I Am Not Invisible.

Typography Of Women: I Am Not Invisible was born out of a 10-year desire of Celeste’s to create an original performance piece that would bring attention to the global issue of human trafficking and share it through the lens of Western New York. As the Niagara region is robust with human trafficking activity, this performance issues a call to the public to help deter human trafficking, learn how to read the signs of victims, and how to offer aid and opportunity for escape.

In order to create as authentic a production as possible, Celeste partnered with Project Mona’s House, a transitional residence in Buffalo, NY for women who have escaped trafficking and seek assistance in rebuilding their lives, to get first-hand accounts from some of the survivors. Through a series of 18 original prose poems written by the survivors, a script was created that shares their experiences during captivity and how they are adjusting and reclaiming their lives. Celeste has also partnered with choreographer Robin Hibbert and music producer Drea D’Nur to enhance the production. 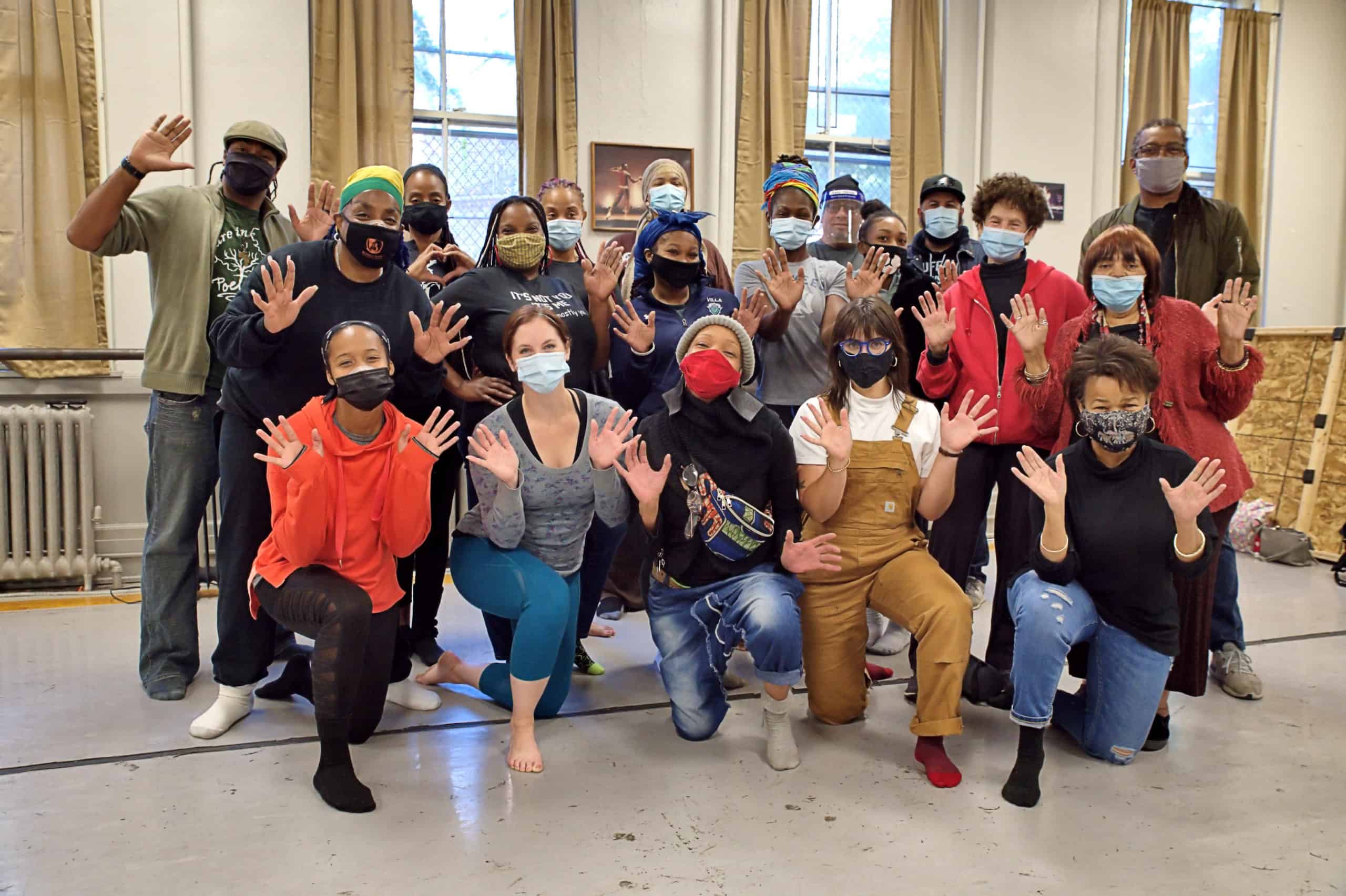 Photo by Living in the Buff. Typography of Women cast photo from September 2020 rehearsal.

Typography is currently being re-imagined, re-set, and re-staged with the hope that it will take place at Ujima Theatre in honor of Lorna, who strongly believed in this project. The goal is to live-stream the production without a live audience to meet the state’s COVID safety guidelines, and to reach as many people as possible to educate them about this horrific organized crime taking place right in our backyards.

Seed money for the project was granted by The Map Fund, a national foundation located in New York City that specifically encourages projects that are socially sensitive, challenging, and are presented as a performance. Additional supporters of the project include Rigidized Metals, Just Buffalo Literary Center, CEPA Gallery, Buffalo City Ballet, WNY Urban Arts Collective, Los Artistas del Barrio, and Friends of Typography of Women.

This collaborative initiative gracefully and impactfully tackles a highly sensitive subject. We can’t wait to follow this exciting project and see the finished result. Visit the production’s Facebook page for more information and to get the latest updates.