Center for Governmental Research (CGR) was engaged to estimate the impact of the not-for-profit cultural industry in Western New York*.  CGR broke the impact out into two parts: the arts and cultural organizations and their audiences.  The economic impact is summarized in the table below:

The arts and cultural organizations in Western New York contribute an estimated $87 million to local GDP.  They spend it in the form of wages to employees and payments to suppliers which supports about 2,200 jobs.  These workers earn about $64.2 million in total.  This income generated an estimated $3.2 million in sales and income tax.

Attendees to arts and cultural events generate revenue for local businesses.  An average arts attendee spends $17.77 in addition to the cost of admission.  Event attendees provide an estimated $70.2 million in revenue to the Western New York economy and support 700 jobs.  Non-local attendees spend more than local attendees ($8.92 vs $52.10).

Funding for this report was provided by the New York Community Trust. 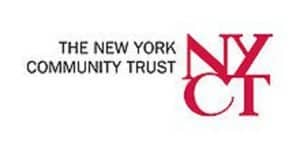